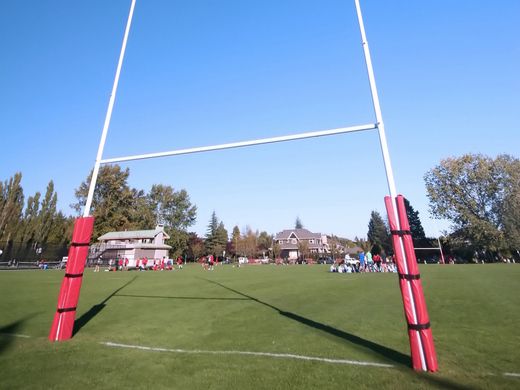 When the Warriors travelled to Shevington early in the season, they were outmuscled and outpaced by a faster and fitter Sharks side. The lads were determined to give a better account of themselves in today’s return fixture and show how much they’ve progressed since March.

Leyland set their stall out from the kick-off with Charlie King breaking the line and Jack Lightowler going close before some quick hands saw Dan Croniken burst onto the ball and crash over. Ellis Abrams converted. 6-0.

After a couple of sets were traded between the two sides, the Warriors’ defence was beginning to gain control of the territorial battle. A break by Lightowler took Leyland into good ball again and smart handling from Will Morgan and Abrams saw Tom Edge power over. Abrams added the extras. 12-0.

Leyland’s defence continued to dominate, led superbly by Croniken and Isaac Howard, and they were able to force a turnover inside the Sharks’ half. After a couple of settlers, the ball was moved down the short side by Morgan, onto Edge, who fed Jack Roberts and he timed his pass superbly for Kyle Fell to fly in at the corner. 16-0.

The Sharks’ restart landed at the feet of Lightowler, who trapped the ball and set off towards midfield. Stepping off his left foot, he dummied inside, handed off a defender and raced away, arcing around the fullback to score a fantastic individual try under the posts. Abrams kicked the goal. 22-0.

The last try of the first half was arguably the best, on the back of a strong kick return from Leon Whatton. A well-timed pass from Nathan Roberts put Matt Wright into a gap and recognising the space outside he drew and passed to put Howard clear. As he was dragged down from behind, he got a beautiful pass away to Lightowler, who outstripped the Sharks’ defence for his second try. Abrams’ conversion completed the scoring. 28-0 at half-time.

Reflecting on the first half at the break, the lads agreed that while they were moving the ball around well, they would benefit from applying more patience and balancing risk and reward, depending on their field position.

This was reflected in some great work by the forwards, carrying the ball into good field position on the back of strong kick returns from Fell and Whatton. When Jack Roberts nearly crossed out on the left after a neat shift play, the ball was oved back to towards the posts and Abrams dummied and squeezed over from close range, converting his own try. 34-0.

The next time the Warriors worked their way into good ball, both Wright and Croniken went close to scoring in the middle of the pitch before it was shipped to the right were Ben McGarvey was dragged down just short by a superb cover tackle. King drove over from dummy half, despite the attentions of two defenders and Abrams nailed the touchline conversion. 40-0.

More outstanding defence earned another turnover, leading to Leyland’s final try, which stood out because of the speed and execution involved. Zak Bentham moved the ball out to Nathan Roberts, who with Whatton pushing up on his inside, squared up and floated a pass out to Jack Roberts. He hit the ball at full speed, again squaring up before finding Lightowler. He dragged his opposing centre out towards the wing before his sublime back door pass dropped McGarvey back on a great inside line and he sprinted clear. Abrams converted once more. 46-0.

From the restart, the Warriors unnecessarily forced the ball in their own half, with Shevington snapping up the dropped ball. With Leyland slow to transition, the Sharks perseverance throughout the match was rewarded when their fullback showed great speed to race between flat-footed defenders and score. 46-6.

On the next set, with the Sharks bringing the ball away from their own line, one of their players received an injury in the tackle and the game was ended so that he could receive required medical attention without being moved.

This was probably the lads’ best performance so far in 2019, with every player doing their job well against a quick side and the Warriors’ mobility in the pack was a noticeable feature in both attack and defence. Well done TEAM!