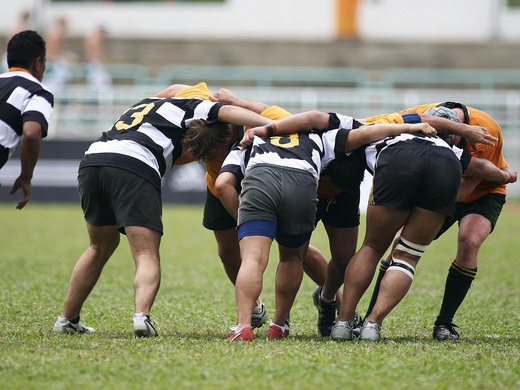 The Warriors approached their first play-off game in a confident mood, having made great progress in training during the summer.

Both sides got off to a steady start, probing each other's defensive lines and trying to gain midfield dominance. The Warriors created a couple of half chances early on in the game, on the back of big runs from Jack Lightowler, Jack Roberts and Dan Croniken but a lack of composure saw them select some high risk plays that didn't come off for them.

A couple of soft penalties saw Rylands on the front foot and they were able to build pressure near the Warriors' try line, with three consecutive sets of possession which Leyland scrambled superbly to defend, with the visitors dummy half held up just short of the line on the last tackle. With the Warriors having weathered the storm, Lightowler provided a piece of individual brilliance to break the game open. Jumping out of dummy half, he found a chink in the defensive line and was able to power through two despairing tackles and despite being ankle tapped, somehow stayed on his feet and raced under the posts for a length of the field try. Ellis Abrams added the extras, 6-0.

Despite some good passages of play from both sides, that was the only score of the first half, primarily due to strong defence. Leyland's pack were defending strongly, led by Croniken and Isaac Howard.

The second half began with both sides again defending strongly but there was a sense that the Warriors linespeed was creating more pressure, forcing several turnovers, creating opportunities in good ball and with a big shift set up on the left Abrams was able to dummy his way through the defence from close range and squeeze between defenders to score. Despite the best vocal efforts of several opposition players, he converted his own try, 12-0.