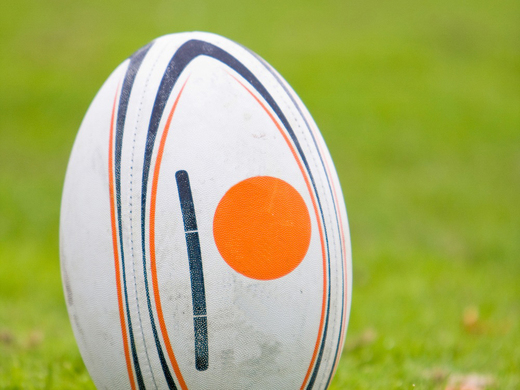 The Warriors’ trip to Culcheth was the first meeting between the two teams for several years and the cliché of ‘a game of two halves’ was an apt summary of the match.

A couple of early errors in possession from Leyland, compounded by penalties, saw them spend almost all of the first 10 minutes defending but they did so capably, restricting the Culcheth yardage in attack and forcing them to kick from deep. When they retained possession, Leyland were gaining ground with ease but the attack wasn’t quite clicking, with players not squaring up and taking away the space created on the edges, or stringing too many passes together, slowing down the attack.

Despite this, huge credit must go to the Eagles’ defence, who scrambled superbly and held the Warriors up, either on or over the try line on 4 occasions. What had been the tightest half of rugby that Leyland had played in all season finished scoreless. HT 0-0.

The lads were asked at the break to ensure that they did not try and play wide until they had earned the right to do so, by bending the Culcheth defensive line and ensuring that they could capitalise on space made out wide. This was taken onboard immediately with a surging kick return from Jack Lightowler, followed by further direct carries and when Leyland moved the ball to the left, they did square up, and John Cull’s pass found Jack Roberts who squeezed between defenders. Abrams added the conversion from wide out, 0-6.

Leyland’s pack were making good ground with each set now and when Dan Croniken’s grubber was played at by Culcheth, Charlie Hicks dived on the ball to give the Warriors a repeat set. On the next play, Charlie McDonald was felled by a high tackle near to the line and Croniken bulldozed his way over to extend the Warriors lead. Abrams converted again, 0-12.

This restart failed to go 10 metres and 3 direct carries took Leyland close, before McDonald and Croniken fed Nathan Roberts off a barrel play and Jake Harrison went close, before Croniken powered through several defenders to score about 10 metres to the left of the posts. Ellis Abrams added the extras, 0-18.

The next 5 minutes were back to a tough midfield battle before a superb kick chase and subsequent marker work by Cull forced a loose pass and Isaac Howard was rewarded for an outstanding game as his linespeed saw him collect the ball and speed under the posts. Abrams’ conversion was a formality, 0-24.

When Leyland’s chasers strayed in front of the kick and were offside, the Eagles kicked to touch but only found Lightowler, who powered down the right edge, and despite the attentions of 3 defenders, he was able to slip an offload away to Ben McGarvey, who was in support as always, to sprint to the sticks. Abrams was on target again, 0-30.

The Warriors failed to deal with the kick off and then compounded this by stealing the ball. The hosts duly capitalised on this opportunity by driving towards the Warriors’ line and then switching play to score. 6-30.

When Leyland attempted an ambitious shift from inside their own 30, Roberts fed McDonald who offloaded to Euan Thomas and he drew and passed out to Lightowler, who accelerated out to the edge, beat several defenders and was only halted by the fullback. McGarvey’s support play was on point again and he was on hand to collect Lightowler’s offload and race under the posts. Abrams was on target once more, 6-36.

A gritty and resilient performance from the lads today, who also displayed great patience in a very tight first half. The second half was especially pleasing for the coaches, as the boys executed a few plays from training, which helped to unlock a committed and organised Culcheth defence. Great effort from the whole TEAM!